Clash of the Titans? Development of Artificial Intelligence (AI) Technologies in the U.S. and China 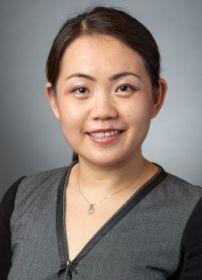 As one of the most important technology advancements in our era, Artificial intelligence (AI) stands to fundamentally transform many aspects of the human society. The United States and China are the largest producers of AI technologies, and both are increasingly concerned about their rivalry with the other in the AI arena. However, despite the intense attention to and fierce speculations about this outcome, there exists virtually no systematic empirical evidence of the similarities and differences of how AI technologies are developed in the U.S. and China. The key challenge is twofold. First, major patent systems do not yet provide comprehensive patent classes for AI-related technologies whereas patents represent most common and important repositories of knowledge of applied technologies. It is thus difficult to generate evidence-based debates and discussion about AI competition.

Second, while it is commonly held that the U.S. relies more heavily on markets whereas China follows a state capitalism model in developing AI technologies, the current literature draws heavily on the prior research of how the state builds manufacturing capacities, whereas there exist major theoretical gaps to understand state intervention in innovation and knowledge creation. We aim to devote multiple projects to (1) using Machine Learning methods to generate new databases by identifying AI-related patents among all patents that are developed in the U.S. and China, and (2) using these new data to develop in-depth comparative analysis of AI technologies in the U.S. and China, particularly, the diverging importance of universities and firms in driving AI and non-AI technologies in the two contexts. We draw on three sets of academic literature to contrast the “double difference” between AI and non-AI technologies and between public universities and firms. This investigation allows us to better understand “who” are more active in developing frontier AI technologies, based on which to further investigate “which” AI technologies have been developed.

After registering, you will receive a confirmation email containing information about joining the meeting.