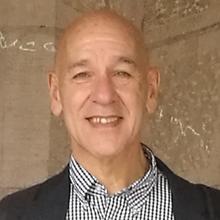 When the Chinese government proclaimed in 2020 that it had eradicated extreme absolute income poverty through a six-year poverty reduction campaign, it presented this achievement as proof of the superiority of their governance systems and as a model for the rest of the world. My research on this claim led to four conclusions: 1. There is no question that this campaign led to significant improvements in living standards of population in the poorest remaining rural areas;  2. Although there are no reliable data available to allow objective assessment of the accuracy of the claim, there is also no evidence to suggest that the claim is largely accurate, if we accept the government’s definition of ‘poverty eradication’; 3. However that official definition is inconsistent with normal global practices in many key respects, most importantly in its static definition of poverty, i.e. it set a target of lifting and keeping out of poverty the 90 million people who were identified as poor in 2014-5, without factoring in the inevitable emergence of new poor households, especially during the COVID pandemic; 4. An alternative, dynamic definition of poverty would require quite different approaches to alleviation, in addition to, or even in place of, the measures featured in Xi’s poverty campaign. These include addressing root structural causes of poverty; urban-rural gaps in public services, the hukou system, gender inequality and failure to date to implement urgently needed fiscal reforms to enhance the redistributive role of both the revenue and expenditure sides of the budget. Acknowledgement of urban poverty and establishing a new poverty line (absolute, relative or multidimensional lines are all worth of consideration) appropriate for China’s level of development are also needed. Policy in China now takes the eradication of poverty as a fait accompli – while still highlighting the need to prevent those who were lifted out of poverty from falling back into it – and the new centerpiece of national social policy is ‘Common Prosperity’ and the related ‘Rural Revitalization’ agenda. Although it is still early, there are already many signs that the narrow definitions of the poverty campaign, and the lack of willingness to tackle root structural causes, have not changed. This talk will discuss the achievements and limitations of Xi Jinping’s poverty campaign and from this perspective analyze and offer a preliminary assessment of the new ‘Common Prosperity’ agenda.

Bill Bikales is a Harvard-trained development economist whose research has focused primarily economic and social trends in China and Mongolia, but who has also worked and resided in Ukraine and the Philippines. His most recent post was as Lead Economist in the Office of the United Nations Resident Coordinator in China where he led the drafting of the technical background notes for UN’s new five year cooperation program in China. His analysis of the Poverty Alleviation campaign was released in June, 2021, with the support of the Swiss Government, and can be found at https://www.eda.admin.ch/dam/countries/countries-content/china/en/20210608-Poverty-Reduction-China_EN.pdf

This event will be held on-site in the CSCC conference room, but with a Zoom option.

To attend in person, please use this link to RSVP for this event: https://www.eventbrite.com/e/from-poverty-eradication-to-common-prosperity-tickets-304199407617

You must be a Penn Card holder. Please indicate in the RSVP link that you plan to attend in person. Under the university’s current COVID-19 protocols, we must limit on-site attendance at our events to Penn card holders and, to comply with contact-tracing requirements, we must have a record of who attends our in-person events. Therefore, we are asking that you RSVP is you plan to attend in person. If you do not RSVP and still wish to attend, you are still welcome to show up, but will need to sign in on arrival. Although social distancing is not required under current university rules, we will be limiting the number of people in our conference room to somewhat less than our past highest turnout events.

To participate by Zoom, please register to receive a Zoom link:  https://upenn.zoom.us/meeting/register/tJ0sdO-rqTMiG9TPVEQNxV8vXuaISK4SAZ0u