Clean Air at What Cost? The Rise of Blunt Force Regulation 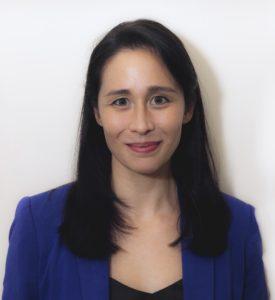 China’s green transition is often perceived as a lesson in authoritarian efficiency. In a mere few years, the state managed to improve air quality, contain dissent, and restructure an economy plagued by overcapacity. Much of this was achieved through a top-down, “blunt force” solutions, such as forcibly shuttering or destroying factories. In this talk, I argue that China’s blunt force pollution regulation is, in fact, a product of weak state capacity and weak bureaucratic control. Drawing on two years of fieldwork in China’s industrial heartlands, I show how the blunt force regulation is used, not to scare polluters into respecting pollution standards, but to scare bureaucrats into respecting central orders. Analysis based on satellite data shows that these measures have successfully improved air quality in almost all Chinese cities, but at immense social and economic cost. I argue that blunt force regulation is part of broader transition towards “governance by uncertainty” where, instead of offering credible commitments, the state resorts to sudden surveillance and ad hoc implementation to achieve its goals. I examine what this might mean for the future of market governance in China.

Denise van der Kamp is Associate Professor in the Political Economy of China at University of Oxford and a Fellow of Lady Margaret Hall. Her research explores issues in developmental politics and environmental governance, with a focus on China. She examines politicians’ strategies for implementing environmental policies in contexts where both rule of law and civil society are weak. She is also developing new projects on regulatory uncertainty, and how actors accustomed to stable rules learn to negotiate unpredictable environments. Prof van der Kamp's work has been published in Comparative Politics, Governance, and World Development. Her book, Clean Air at What Cost? is forthcoming with Cambridge University Press. Her research has been supported by the National Science Foundation, the Social Sciences and Humanities Research Council of Canada, and the Research Grants Council in Hong Kong. Before coming to Oxford, she was an Assistant Professor at City University of Hong Kong and holds a PhD in Political Science from the University of California, Berkeley, an MA from McGill University, and a BA from the University of Cambridge. From 2017-2018, she was a postdoctoral fellow at the University of Pennsylvania’s Center for the Study of Contemporary China. Prior to beginning her PhD, she worked with the Aga Khan Foundation in Tajikistan and with environmental NGOs in China.