The Law and Politics of Transnational War Reparations in Contemporary China 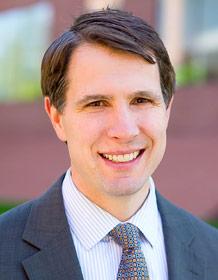 Before joining Western New England University, Webster was Professor of Transnational Law, with tenure, at Case Western Reserve University. He also directed Case's Asian Legal Studies Program, and the Joint Program in International Commercial Law and Dispute Resolution with Southwest University of Political Science and Law (Chongqing, China). He has been a visiting professor at the University of Paris--Dauphine, National Taiwan University, Southwest University of Political Science and Law, and the IÉSEG School of Management (Paris). He began his academic career as a Lecturer at Yale Law School, and Senior Fellow at Yale's China Law Center. He also clerked for a federal judge in Boston, and practiced international litigation in the Tokyo and New York offices of Morrison Foerster.