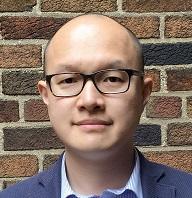 In authoritarian contexts where the state is the primary performer in the public sphere and legal mobilization is constrained and repressed, activists often seek to carve out a public space to confront the frontstage and backstage of the state’s performance in order to pursue collective action. Comparing the online legal mobilization of feminist and lawyer activists in China, this study investigates how performance arts are used by activists to challenge the authoritarian state in the age of social media. Performing “artivism” is to create conspicuous spectacles in the public eye for the purposes of exposing the state’s illegal or repressive backstage actions or promoting alternative values and norms different from the official ideology. By subversively disrupting the evidential boundaries set by the state, Chinese activists were able to gain momentum and public support for their legal mobilization. However, it was precisely the success of their artivism that contributed to the government crackdowns on both feminists and lawyers in 2015.