Spatial Control and State Power in Disaster-stricken Cities: The Case of the 2008 Wenchuan Earthquake in China 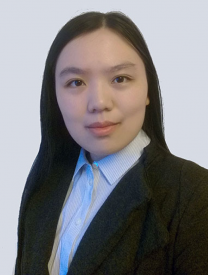 How does the shape of our cities influence our political behavior and relations? This question is particularly important to China, as well the broader developing world, which continue to urbanize at an unprecedented rate. My research aims to understand how the physical environment and institutions that govern the use of physical space shape state-society relations by investigating civil society mobilization and development in post-disaster cities after the 2008 Wenchuan Earthquake in China. Through in-depth case studies constructed from archival research, interviews, and participant-observation, I find that patterns of civil society mobilization and development can be explained by the disruption to and the subsequent restoration of the state’s ability to control urban space. After the earthquake, the most intense and autonomous grassroots mobilization took place in and around large, accessible, and densely populated emergency shelters, in stadiums, universities, and town squares where tens of thousands of evacuees lived alongside numerous emergency personnel and volunteers. With a constant flow of people and resources, citizens were able to create lasting organizations without much direction or interference from the authoritarian state. Conversely, in less affected or more isolated localities that did not have such mega-shelters, government bureaucrats were much more successful at organizing and constraining volunteers and NGOs, and citizen initiatives were comparatively rare. As the earthquake reconstruction progressed and the state reinforced and expanded pre-disaster spatial controls, it limited the further development of emerging grassroots NGOs. By restricting NGOs’ access to potential clients and by strategically placing NGOs in designated spaces, local governments recruited NGOs to work within specific urban cells, thereby eroding their autonomy and networks.