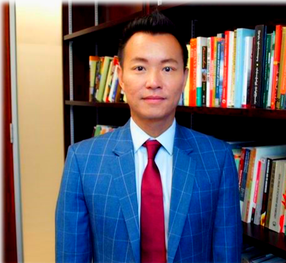 Is the process of state building a unilateral, national venture, or is it something more collaborative, taking place in the interstices between adjoining countries? To answer this question, this book takes a comparative look at the state building process along China, Myanmar, and Thailand's common borderland area. It shows that the variations in state building among these neighboring countries are the result of an interactive process that occurs across national boundaries. Departing from existing approaches that look at such processes from the angle of singular, bounded territorial states, the book argues that a more fruitful method is to examine how state and nation building in one country can influence, and be influenced by, the same processes across borders. It argues that the success or failure of one country's state building is a process that extends beyond domestic factors such as war preparation, political institutions, and geographic and demographic variables. Rather, it shows that we should conceptualize state building as an interactive process heavily influenced by a "neighborhood effect." Furthermore, the book moves beyond the academic boundaries that divide arbitrarily China studies and Southeast Asian studies by providing an analysis that ties the state and nation building processes in China with those of Southeast Asia.

Enze Han is an Associate Professor at the Department of Politics and Public Administration at the University of Hong Kong. His research interests include ethnic politics in China, China's relations with Southeast Asia, and the politics of state formation in the borderland area between China, Myanmar and Thailand. Previously he was Senior Lecturer at the Department of Politics and International Studies at SOAS, University of London. His research has been supported by the Leverhulme Research Fellowship, and British Council/Newton Fund. During 2015-2016, he was a Friends Founders' Circle Member of the School of Social Science at the Institute for Advanced Study in Princeton, USA. He is the author of Asymmetrical Neighbours: Borderland State Building between China and Southeast Asia (Oxford University Press, 2019), and Contestation and Adaptation: The Politics of National Identity in China (Oxford University Press, 2013). He has also published numerous articles in World Development, The China Quarterly, Journal of Ethnic and Migration Studies, Pacific Review, Security Studies, Conflict Management and Peace Science, Chinese Journal of International Politics, among others.