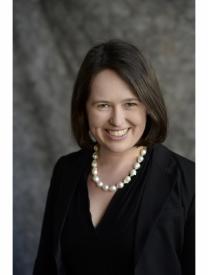 State legitimacy and  food security have historically been deeply entwined in China. While China initially embraced genetically modified organisms (GMOs), vociferous controversy destabilized this consensus. Drawing on 37 interviews with key actors, 11 months of field-research, and textual analysis Chinese media sources, I leverage this controversy to make a dual-pronged argument. First, I show how the strategies employed in the construction of China’s agrobiotech sector shape the unusual dynamics of the controversy. The Chinese state and its scientific allies have tried to “purify” GM-foodstuffs by portraying these crops and, by association, themselves, as national products tasked with rescuing the nation from starvation and foreign dependence. The critical idioms articulated against GMOs mimic these values and vocabulary, and thus, reproach state legitimacy. Second, I use the controversy to expose the instability of the co-opted expert position in a technocratic, authoritarian state. “Science” has become the dominant political ideology of contemporary China. This places China’s GMO scientists in a difficult position. While researchers’ ties to the state have afforded them unprecedented influence over China’s developmental trajectory, their politicized professional identity has also undercut their ability to make credible scientific claims in public controversies and made them targets of public censure.  Ultimately, I show that though science is called upon to bolster the state’s legitimacy, scientific experts end up infected by the state’s credibility crises themselves. Ultimately, in trying to depoliticize China’s GMO controversy, science and scientists instead become reliant on the state for their own legitimacy.