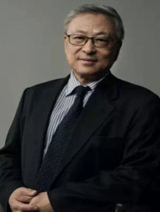 While work in international relations has closely examined the decline of great powers, not much attention has been paid to the question of their rise. The upward trajectory of China is a particularly puzzling case. How has it grown increasingly important in the world arena while lagging behind the United States and its allies across certain sectors? Borrowing ideas of political determinism from ancient Chinese philosophers, Leadership and the Rise of Great Powers explains China’s expanding influence by presenting a moral-realist theory that attributes the rise and fall of nations to political leadership. Yan Xuetong shows that the stronger a rising state’s political leadership, the more likely it is to displace a prevailing state in the international system.

Yan Xuetong, a distinguished professor and the Dean of the Institute of International Relations at Tsinghua University. He was named as one of World Top 100 Public Intellectuals by Foreign Policy in 2008 and has been listed as the only political scientist among Most Cited Chinese Researchers by Elsevier during 2015-2019. His book Ancient Chinese Thought, Modern Chinese Power is viewed as the pioneer IR theory of moral realism and the newly published book Leadership and the Rise of Great Powers represents a systematical theory of moral realism