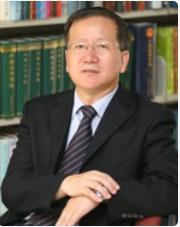 Dr. Chu Shulong is a Professor of Political Science and International Relations at the School of Public Policy and Management and is the deputy director of the Institute of International Strategic and Development Studies at Tsinghua University in Beijing, China. From September 2006 until June 2007 he was a visiting fellow at the Center for Northeast Asian Policy Studies at the Brookings Institution in Washington, DC. He was previously director for the North American Studies Division of the China Institute of Contemporary International Relations. He is also a Professor at China’s Ministry of Foreign Affairs’ Party School and an advisor to China’s Central Television (CCTV) international reporting. Dr. Chu’s research covers political theory and Chinese politics, international relations, focusing on U.S. China policy and the Sino-U.S. relations, Asian security, and Chinese foreign and security policies. His most recent publications include The Sino-US Relations in the Post-Cold War Era; Basic Theories of International Relations; The World, the U.S., and China; and Peaceful Rise and Development: China’s Foreign Strategy and Policy. Dr. Chu received a B.A. from Dalian Foreign Languages University, an M.A. in Law from the Beijing University of International Relations, and a Ph.D. in Political Science from the George Washington University.