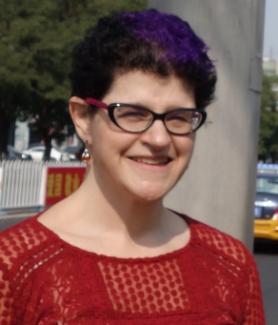 Overall air quality in China has improved steadily since 2011. A little-studied aspect of pollution control in China is that the source of air pollution is dominated by heavy industry and that improvements have varied by sector. I examine how corporate governance and competition policy can be a useful tool for improving environmental compliance. Through case studies using both large N statistical analysis and in-depth interviews, I find that as energy sectors have become more competitive, the government is able to impose stricter air quality standards and to enforce them more effectively. Monopolies avoid regulation through their control of information and of market supply of an essential commodity. By contrast, if the government breaks the monopoly, suppliers compete not just to sell product but on compliance in order to gain permits and other government-issued advantages.

Deborah Seligsohn is an Assistant Professor of Political Science at Villanova University.  Her research focuses on Chinese politics and on energy and environmental politics in China and India. Prior to receiving her PhD in Political Science and International Affairs from the University of California San Diego in 2018 she worked in both the NGO and government sectors on energy, climate and the environment. From 2007 to 2012 she was based in Beijing as the Principal Advisor to the World Resources Institute’s China Energy and Climate Program. She also had over 20 years’ experience in the United States Department of State, working on energy and environment issues in China, India, Nepal and New Zealand. Her most recent position was as Environment, Science, Technology and Health Counselor in Beijing, 2003-2007.