(Re)Valuating the Worth of Work in the Age of Automation 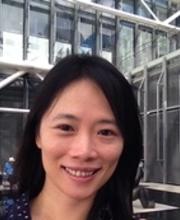 This study addresses how business actors construct the worth of work in their effort to replace human workers with robots. Whereas existing literature takes for granted the valuation of unskilled manual work, I frame efforts to increase automation as an opportunity to examine the often socially invisible yet power-ridden process of valuation. I use the case of Apollo—one of the largest contract electronics manufacturers in China and in the world—to develop an analytical framework that highlights: (1) the relative valuation of fixed capital, bodily capital, and cultural capital; (2) the material and symbolic dimensions of such valuation; (3) the multi-layered power dynamics, especially the power of the state, that influence valuation; and (4) the contradictions that emerge through valuation. Despite announcing a goal of maximum automation, Apollo has largely failed in its efforts at human-robot substitution, yet remains committed to the project nonetheless. Drawing on extensive interviews, ethnographic data, news reports, and corporate documents, I identify three distinct phases as Apollo valuated human versus robot work from 2010 to 2017. In the first phase, the company identified technology—and more specifically, automation—as the answer to a series of crises. In the second phase, Apollo’s automation efforts ironically led many managers and engineers within the company to devalue robots as fixed capital and (re)discover human workers’ bodily capital. Conversely, the third phase saw the company as a whole largely ignore the insights of the second phase and remain committed to state-promoted technological developmentalism. I discuss the implications of these findings for understanding the future of work, technology, and inequality.