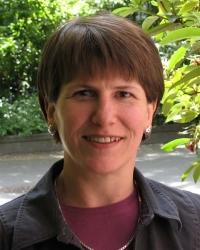 A prominent hypothesis in the political economy of development holds that secure property rights are a prerequisite for economic growth. This claim presents a puzzle in the Chinese case, where growth has been dramatic but property rights in land remain insecure, especially in the context of dual transitions from agriculture to industry and rural to urban economic activity. Indeed, laws empower the state to reassign land rights from lower- to higher-value uses. This research tests three claims: 1) Property rights are less secure where the opportunity to shift from lower- to higher-value use is greatest. 2) Reassignment of property rights fuels conflict. 3) Where conflict is high, law and courts deflect conflict away from the state.

Susan Whiting (Ph.D., Michigan; B.A., Yale) is Associate Professor of Political Science at the University of Washington in Seattle, where she also holds adjunct appointments in the Jackson School of International Studies and the School of Law. She specializes in Chinese and comparative politics, with an emphasis on the political economy of development. Her first book, Power and Wealth in Rural China: The Political Economy of Institutional Change, was published by Cambridge University Press in 2001. She has published articles and chapters on authoritarianism, “rule of law,” property rights, fiscal reform, and rural development in volumes and journals such as Comparative Political Studies and China Quarterly. She has contributed to studies of governance, fiscal reform, and non-government organizations under the auspices of the World Bank, Asian Development Bank, and the Ford Foundation, respectively. Her current research interests include property rights in land, the role of law in authoritarian regimes, as well as the politics of fiscal reform. She teaches courses on comparative politics, Chinese politics, property rights, and authoritarian regimes.