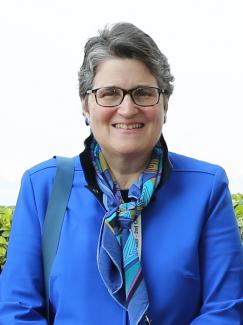 The Asian Infrastructure Investment Bank (AIIB) opened for business in 2016, as a $100 billion multilateral development bank that finances public and private infrastructure projects for Asia.  AIIB’s founders, led by China, span Asia, Europe and the Middle East—now a global footprint. Ms. Lichtenstein was the principal drafter for the AIIB Charter as negotiated in 2015, and served as its inaugural General Counsel.  Her talk will highlight the key similarities and differences from other MDBs, including the World Bank and Asian Development Bank among others.

Natalie Lichtenstein is a US lawyer who has specialized in legal issues at international financial institutions (IFIs), and legal development in China, since the 1970s. She was the Inaugural General Counsel at the Asian Infrastructure Investment Bank (AIIB) in 2016; as Chief Counsel for AIIB’s establishment, she was the principal drafter for the AIIB Charter. Her work for AIIB drew on her 30-year legal career at the World Bank, where she advised on lending operations in China and other countries for 20 years. For her last decade there, she served in senior positions, specializing in institutional governance issues and reforms. As a young lawyer at the US Treasury Department, she worked on IFI matters and normalization of US relations with China. She has taught Chinese law as an adjunct professor in the US since the 1980s, and consulted on Chinese legal development. She is a member of the Advisory Board of the Duke-Kunshan University. She is the author of A Comparative Guide to the Asian Infrastructure Investment Bank (Oxford University Press, forthcoming), and numerous articles in professional journals.