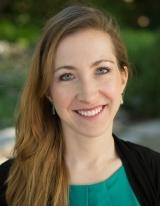 CSCC Post-doctoral Fellow Wendy Leutert will present her research and original data on the political mobility of China's central state-owned enterprise leaders. Under the Hu Jintao administration, these leaders emerged as a distinctive group within China’s top political elite: increasingly well-educated but lacking experience beyond state-owned industry, with both lengthening leadership tenures and years of previous work in their companies. Instead of a “revolving door” through which these individuals rotate routinely between state-owned business and the party-state to positions of successively higher rank, a top executive posting was most often a “one-way exit” to retirement. Of those who advanced politically, virtually all were transferred laterally along three career pathways with little overlap: to other core central SOEs; provinces; and the centre. She will also discuss extensions of the study addressing political tournaments and corporate governance in China.