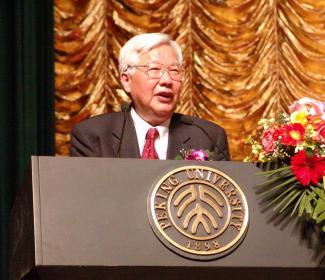 Professor Luo Haocai, who passed away in Beijing on the morning of February 12th, was one of the most significant and consequential figures in the development of modern Chinese law, especially in the field of administrative law.  Throughout his academic and governmental career -- which included stints as vice President of Peking University, vice President of the Supreme People's Court, and vice Chair of the Chinese People's Political Consultative Commission -- he worked tirelessly to advance ideals of fairness and justice in the relationship between Chinese citizens and the state.  To commemorate his life and passing, Prof. Shen Kui of Peking University Law School, who this year is a Fulbright visiting scholar at Penn Law School, and was himself a Ph.D student of Prof. Luo Haocai, will share some remarks on Prof. Luo's life and contributions to Chinese law.  Note: this talk will be in Chinese.