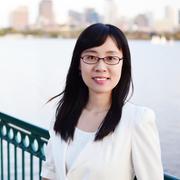 Are quid pro quo policies effective in facilitating knowledge transfers to developing countries? We study this question in the context of the Chinese automobile industry where foreign firms are required to set up joint ventures with domestic firms in return for market access. We assemble a rich micro dataset that contains a wide range of quality features for the universe of car models sold in the Chinese market between 2004 and 2015. The data allows us to keep track of the adoption decisions of specific technologies across firms. Exploiting variations in the timing and intensity of adoption of different technologies among the foreign leaders, we document various patterns of knowledge spillover to the domestic firms. Furthermore, we find that both the domestic firms'  incentives of learning and adopting technologies as well as the foreign firms' incentives of introducing technologies are mediated by market competition. We then set up a theoretical model to rationalize the reduced form findings and propose a structural approach to examine the interaction between the government-led industrial policy and traditional market forces in driving the industrial quality upgrading dynamics. The structural estimates allow us to conduct counterfactual exercises to quantify the impact of quid pro quo (and the remove of such) on market outcomes, consumer surplus and producer surplus. (joint with Panle Barwick, Shengmao Cao and Shanjun Li)