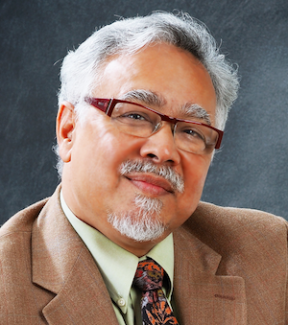 The crisis of global modernity has been produced by human overreach that was founded upon a paradigm of national modernization. Today, three global changes: the rise of non-western powers, the crisis of environmental sustainability and the loss of authoritative sources of transcendence – the ideals, principles and ethics once found in religions -- define our condition.  The physical salvation of the world is becoming the transcendent goal of our times, transcending national sovereignty. The foundations of sovereignty can no longer be sought in tunnelled histories of nations; we are recognizing that histories have always been circulatory and the planet is a collective responsibility.

I re-consider the values and resources in Asian traditions—particularly of China and India-- that Max Weber found wanting in their capacity to achieve modernity. Several traditions in Asia, particularly in environmentally marginalized local communities offer different ways of understanding the relationship between the personal, ecological and universal.  The idea of transcendence in these communities is more dialogical than radical or dualistic: separating God or the human subject from nature. Transnational civil society, NGOS, quasi-governmental and inter-governmental agencies committed to the inviolability or sacrality of the ‘commons’ are finding common cause with these communities struggling to survive.

Prasenjit Duara is the Oscar Tang Chair of East Asian Studies at Duke University.  Born and educated in India, he received his PhD in Chinese history from Harvard University. He was Professor of History and East Asian Studies at University of Chicago (1991-2008) and Raffles Professor and Director of Asia Research Institute at the National University of Singapore (2008-2015). His latest book is The Crisis of Global Modernity: Asian Traditions and a Sustainable Future (Cambridge 2014). He was awarded an Honorary Doctorate from the University of Oslo in Sep 2017.

Co-sponsored with the Center for East Asian Studies.