Diverging Globalizations: National and Sectoral Pathways to Development in China and India 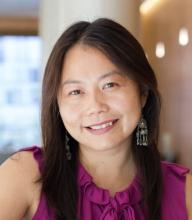 China and India are two large, developing countries that have globalized and undergone tremendous development in the last several decades. Yet, they have taken separate paths toward globalization. Dr. Hsueh questions the conventional wisdom that variation in regime type and subnational characteristics shape their different models of development. Rather, mediating the impact of economic liberalization on industrialization is the nature of market governance. Dominant patterns of market governance, which shape industrial outcomes, are a function of the values and identities of political economic elites, existing organization of institutions, and structural sectoral attributes.

Roselyn Hsueh (Ph.D., University of California-Berkeley) is an Associate Professor of Political Science at Temple University. She is completing a book manuscript that investigates the mediating role of market governance in the relationship between global economic integration and industrial development in China, India, and Russia. Her other research examines the politics of trade and the political economy of identity. She is the author of China’s Regulatory State: A New Strategy for Globalization (Cornell Studies in Political Economy, 2011). She has been published in Comparative Political Studies and Governance.