The United States and China in a Changing World 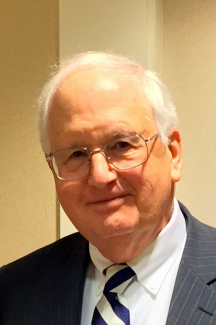 Both the world and the United States role in it have changed profoundly over the last twenty-five years. US thinking about its global role has not kept pace with these changes. Our lack of strategic vision is profoundly affected by our consistent pattern during the post-Cold War period of selecting presidents with no or only rudimentary experience in foreign policy and national security affairs. This pattern is continuing. During this period, China has emerged as our principal strategic rival but is itself struggling with a fundamental contradiction: China’s leaders have successfully modernized the country and produced large new middle classes deeply influenced by modern political and economic concepts, but these same leaders have steadfastly refused to adapt the country’s pre-modern political system to China’s new circumstances. This unresolved contradiction is growing more acute, leading to repressive measures to keep the pot from boiling over. The United States has a strong hand to play, but a weak team to play it. In particular, the US political system is proving incapable of extracting the public funds necessary to deal effectively with our external challenges.

Ambassador J. Stapleton (Stape) Roy is Director of the Asia Program and Director Emeritus of the Kissinger Institute on China and the United States at the Woodrow Wilson International Center for Scholars in Washington, DC.  He was born in China and spent much of his youth there during the upheavals of World War II and the communist revolution. He joined the US Foreign Service immediately after graduating from Princeton in 1956, retiring 45 years later with the rank of Career Ambassador, the highest in the service. During a career focused on East Asia and the Soviet Union, his ambassadorial assignments included Singapore, the People’s Republic of China, and Indonesia. His final post with the State Department was as Assistant Secretary for Intelligence and Research. On retirement he joined Kissinger Associates, Inc., a strategic consulting firm, moving to the Wilson Center in 2008 to head the newly created Kissinger Institute. In 2001 he received Princeton University’s Woodrow Wilson Award for Distinguished Public Service.