Judicial Reform in China: Notes from the Field 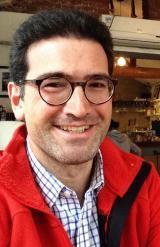 Just last week, the Chief Justice of China's Supreme People's Court, Zhou Qiang, drew widespread attention for denouncing Western "independence of the judiciary" in a speech to provincial judges.  Over the past two years, however, the Supreme Court under Chief Justice Zhou has spearheaded a number of judicial reform measures that would seem, on their face, to point to enhanced judicial authority across the board -- both for frontline adjudicators within the court system, and for courts vis-à-vis other institutions of the Chinese government.  Drawing on recent fieldwork throughout China, this presentation will report on the implementation of announced judicial reforms in various local jurisdictions, and seek to contextualize Chief Justice Zhou's reported comments in light of those reform efforts.