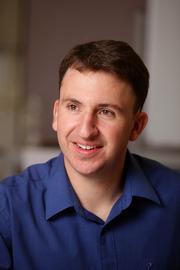 Never in world history has one government had so much control over so much wealth.Tempted by their broad authority over China’s massive economy, Chinese leaders deploy economic resources in attempts to influence policy decisions in other countries. To implement economic statecraft, China’s leaders must rely upon their state-owned companies, bureaucratic agencies, and regional officials, even though they may be unreliable representatives of the central government.  My book manuscript examines how central leaders’ delegation of authority shapes both the strategies and effectiveness of China’s economic statecraft. I have circulated three book chapters (please see attachment): my conceptual framework and case studies on China’s economic statecraft in North Korea and across Europe. This seminar will present the findings from my Myanmar case study, applying the conceptual framework and highlighting comparisons with my North Korea case study.

James Reilly is an Associate Professor in Northeast Asian Politics in the Department of Government and International Relations at the University of Sydney. He holds a Ph.D. in Political Science (George Washington University 2008) and an M.A. in East Asia Area Studies (University of Washington 1999). He was a post-doctoral research fellow at the University of Oxford (2008-09) and a Jean Monnet Fellow at the European University Institute in Florence, Italy (2015-16). He served as the East Asia Representative of the American Friends Service Committee (AFSC) in Dalian, China from 2001-2008. He is the author of Strong Society, Smart State: The Rise of Public Opinion in China’s Japan Policy (Columbia University Press 2012), and the co-editor of Australia and China at 40 (UNSW Press 2012). His articles have appeared in numerous edited volumes and academic journals.