The Origins and Dynamics of Crony Capitalism in China: Insights from 260 Cases of Collusive Corruption 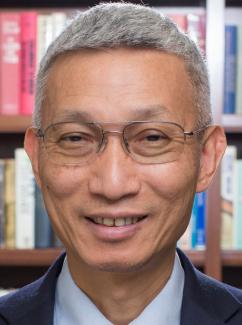 Corruption in the post-Tiananmen era exhibits distinct characteristics not found in the 1980s, such as astronomical sums of money looted by officials, their family members, and their cronies in the private sector, large networks of co-conspirators, and the sale of public office.  By examining the evolution of Chinese economic and political institutions since the early 1990s, we can trace the emergence of crony capitalism to two critical changes in the control of property rights of the assets owned by the state and the personnel management of the officials the ruling Communist Party.  The cumulative effects of these changes have dramatically decentralized the control of public property without clarifying its ownership and granted local party chiefs unprecedented personnel power.  Consequently, local political and business elites gain greater incentives and opportunities to collude with each other in looting the assets nominally owned by the state.  The insights from a sample of 260 cases of corruption involving multiple officials and businessmen suggest that crony capitalism in China has given birth to a decentralized kleptocracy with its own market rules and dynamics.

Minxin Pei is the Tom and Margot Pritzker '72 Professor of Government and directs the Keck Center for International and Strategic Studies at Claremont McKenna College. He is also a non-resident senior fellow at the German Marshall Fund of the United States. He is the author of China’s Crony Capitalism: The Dynamics of Regime Decay (Harvard, 2016); China's Trapped Transition: The Limits of Developmental Autocracy (Harvard, 2006) and From Reform to Revolution: The Demise of Communism in China and the Soviet Union (Harvard, 1994).  Pei has published in Foreign Affairs, Foreign Policy, The New York Times, The Financial Times, the Wall Street Journal, Project Syndicate, Fortune.com, Nikkei Asian Review, and many scholarly journals and edited volumes.  He was a senior associate at the Carnegie Endowment for International Peace (1999-2009) and an assistant professor of politics at Princeton University (1992-1998).  He received his Ph.D. in government from Harvard University in 1991.