The Return of Ideology: The Search for Regime Identities in Post-Communist China and Russia 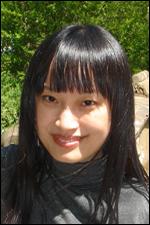 This study examines post-communist Chinese regime’s ideology-building project in comparison with that in Russia, as evidenced by their respective identity and cultural politics as well as developmental strategies.  It argues that successful regime ideology-building in the post-communist context requires two necessary, but not sufficient, conditions – the coherence of ideological repertoire, and the strength of elite commitment.  The success of building a post-communist regime ideology hinges crucially on the regime’s ability to reconcile the new ideology-building project with both the country’s major ideological heritages and new waves of nationalism, as well as its ability to form and maintain strong elite commitment in support of its regime ideology-building projects.  The fact that such a process has been protracted and difficult in China and even more so in Russia is mainly due to the limited abilities of these regimes to achieve either or both of these goals.  The outcome of this process will not only shape China’s political future, but also have significant international implications as China seeks to assert and extend its influence in the world.