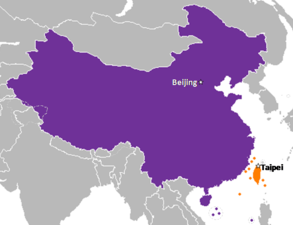 In 2016 Tsai Ing-wen, candidate from the Democratic Progressive Party (DPP), was elected President of Taiwan. Following eight years under a Kuomintang (KMT) president who had actively promoted closer relations between Taiwan and the Chinese mainland, many wondered whether Tsai and China’s leaders would be interested in and able to sustain the improved cross-Strait relationship that had taken root under the KMT. During Tsai’s first year in office disagreement about the meaning and significance of an understanding reached in 1992 on the idea of “one-China” immediately increased tensions between Beijing and Taipei.  With the election of Donald Trump as U.S President, and signals from the new administration in Washington that it might be reconsidering key elements of the American one-China policy in place since 1979, the prospects for cross-Strait relations are more uncertain.  A distinguished panel of experts considers the implications of these developments for China, Taiwan, and the United States.