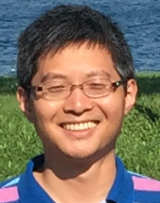 The conventional wisdom about bureaucratic effectiveness draws a sharp distinction between the high-performing Weberian bureaucracy and the low-performing patrimonial type. This dichotomous view, however, fails to explain China's rapid development with a state bureaucracy in which patron-client relations are believed to be prevalent. Building on two distinct lines of research on the internal dynamics of bureaucratic organizations, I argue that informal, patrimonial relations can indeed improve administrative performance by reducing misalignment in interests and increasing the credibility of intra-bureaucratic transactions. Using an original panel dataset of Chinese cities between 2000-2013 and a new method for identifying patron-client ties through past promotions, I show that city leaders with connections to the incumbent provincial leadership delivered significantly faster economic growth than those without, and that the difference is driven primarily by the enhanced incentives of the connected agents. Evidence from an unexpected pollution-reduction campaign further suggests that patronage-based mobilization exists in other important policy areas beyond economic management.