Netizens, Nationalism, and the New Media 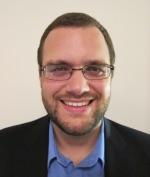 This research examines the relationship between online public opinion and state propaganda concerning foreign policy issues in China. Can the public challenge the Chinese state on foreign policy issues under the conditions of media control currently prevailing in the PRC? In contrast to perspectives that emphasize censorship, I argue that the Chinese public is capable of offering meaningful, independent discourse, but only when the issue at hand is of nationalist significance and state propaganda is unfocused or absent. Varying configurations of nationalist salience, the coherence of propaganda efforts, and the public’s approval or disapproval for state handling of the issue thus predict not only the type of discourse we observe on the Chinese Internet, but also the eventual state response. Sources for this research include millions of individual posts collected from the Sina Weibo social media service, thousands of individual media articles, and background interviews with area experts and media professionals.