Chicken Soup for the Soul, Prepared by the Communist Party: How China’s Propaganda Machine Adapts to Social Media 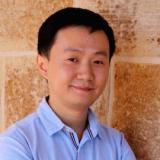 With China’s press commercialization started from the late 1970s, the influence of Communist Party mouthpieces had been diminishing. During recent years, however, we see the resurgence of Party media on social media platforms. A number of their social media accounts have gone viral, with The People’s Daily and CCTV News being the most successful ones. Following a mixed method approach, this study tries to explore the factors behind the resurgence of the propaganda machine. I collected and analyzed quantitative data on article metrics and content characteristics, and qualitative data from in-depth interviews with social media editors. The major findings are as follows. Party media are extremely pragmatic in promoting their social media accounts: they care more about the numbers (pageviews and likes) than commercial outlets. This approach leads to the discover of the convergence of audience demands and Party-state interests on various issues. By supplying a large and constant flow of chicken soup stories, life tips, and nationalistic stories, Party media not only become popular, but also cultivate public opinion. In addition, being Party organs actually increases the attraction of Party mouthpieces’ social media accounts, for they are considered as authoritative voice. However, they also face several challenges.