The Future of 'Rights Defense' Lawyering in China 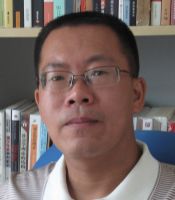 Over the past 15 years, there has emerged in China a community of self-identified "rights defense" (weiquan) lawyers, akin to "cause lawyers" in the United States, who select cases and frame legal advocacy with a goal of  achieving wider societal impact.  Once celebrated in official discourse, these lawyers have increasingly come under scrutiny and pressure by the Chinese Party-state that has intensified despite official promotion of "rule of law" concepts since the CCP Central Committee's Fourth Plenum in 2014.  This talk, by one of China's earliest and most famous rights defense lawyers, who first came to wide public attention in connection with the Sun Zhigang incident in 2003, will address the current predicament of rights defense lawyering in China, and chart possible future directions for this work.

Dr. Teng Biao is an academic lawyer and a human rights activist. He was formerly a Lecturer in the China University of Political Science and Law, a visiting Fellow at Harvard Law School, Yale Law School, and the Chinese University of Hong Kong. Since 2003, Teng has provided counsel in numerous human rights cases, including those of rural rights advocate Chen Guangcheng, rights defender Hu Jia, the religious freedom case of Falungong, and numerous death penalty cases. He co-founded “Open Constitution Initiative” (Gongmeng) and is also the Founder and President of China Against the Death Penalty, Beijing. His research interest includes human rights, Constitutionalism, criminal justice, legal theory, democratic theory, transitional justice and social movement.

Open to all. Lunch will be provided.