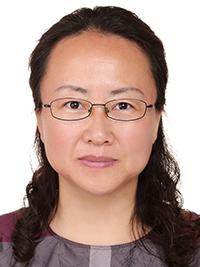 This talk will focus on the production of queer cyberspace and the “Tongzhi” grassroots organizations which started to emerge at the beginning of twenty-first century as an alternative form of social organization in China. Her interest in this topic started with a small project on the Shenlan working group in Tianjin. She has since also studied “Tongzhi” grassroots organizations in other cities such as Beijing, Tianjin, and Chengdu and the wider implications of the development of these grassroots organizations for stigmatized and disadvantaged social groups. The production of queer cyberspace will form the basis for more general reflections on the development of civil society in contemporary China.

About the Speaker
CAO Jin is a professor at the School of Journalism of Fudan University in Shanghai. She directs Fudan University’s Center for International Publishing Studies. With Vincent Mosco and Graham Murdock, she co-chairs Fudan University’s annual Scholars Research Camp on New Media and Justice Communication in the Information Society. She has been a visiting scholar at Yale University and UC-Berkeley and is currently a Fulbright Scholar at the Harvard-Yenching Institute. She specializes in critical communication theory, the political economy of communication, and gender studies. Her major publications include Media and Gender Studies: Theories and Cases (in Chinese) and Critical Studies in Communication & Society, co-edited with Vincent Mosco & Leslie R. Shade (in English). Her work has appeared in leading academic journals in gender studies such as Signs: Journal of Women in Culture & Society.

Co-sponsored by Annenberg School for Communication