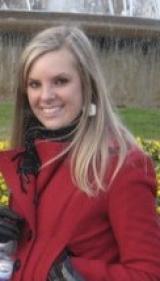 Although most social scientists recognize that the nation-state continues to regulate the beliefs, actions, and behaviors of its citizens, others suggest that increased transnational mobility and cross-cultural interaction have the potential to transform identities and worldviews.  Among these, American philosopher Martha C. Nussbaum has expressed hope that a more closely connected world may foster cosmopolitanism.  International high schools (defined as those that teach the curriculum of a country other than the one in which the school is located) are one context in which to explore the impact of globalization on worldviews, identities and behaviors.  China’s rising nationalism and increased openness to the forces of globalization make it an ideal context in which to explore concepts of nationalism and cosmopolitanism.  I will present preliminary findings from a mixed methods research project conducted at a Canadian curriculum high school in Beijing that caters primarily to Chinese nationals.  I explore  nationalistic and cosmopolitan attitudes, behaviors, and identities among the students at the school.  In particular, the talk will address the following research question: do students at the Canadian curriculum school express a strong sense of nationalism and Chinese identity, despite exposure to a more globalized educational environment, or do they challenge boundaries created by national and ethnic identities and express a sense of connectedness to the global community?  I will also draw on follow-up interviews with graduates of the school currently attending university in Canada.  This research project will advance our understanding of cosmopolitanism, the role of education in identity formation, and the impact of globalization on national identity.