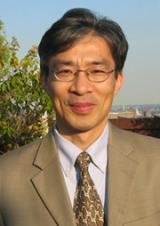 In the decades since its end, the Cultural Revolution has never been forgotten in China. But it is remembered selectively, and what is remembered depends on who does the remembering and when and is highly contested. In broad terms, each decade since the 1980s has had a different memory politics. The general features of Cultural Revolution memories in each decade are significantly shaped by the politics of that period and the social conditions of specific units of the Red Guard generation as agents of memory. Contrary to its initiators’ intentions, the Cultural Revolution laid political foundations for a transition to a market-oriented economy, while also creating circumstances that helped ensure the cohesion and survival of China’s Soviet-style party-state. The Cultural Revolution left the Communist Party and civilian state structures weak and in flux, and drastically weakened entrenched bureaucratic interests that might have blocked market reform. The weakening of central government structures created a decentralized planned economy whose regional and local leaders were receptive to initial market-oriented opportunities. The economic and technological backwardness fostered by the Cultural Revolution left little support for maintaining status quo. Mao put Deng Xiaoping in charge of rebuilding the party and economy briefly in the mid-1970s before purging him a second time, inadvertently making him the standard-bearer for post-Mao rebuilding and recovery. Mutual animosities with the Soviet Union provoked by Maoist polemics led to a surprising strategic turn to the United States and other western countries in the early 1970s. The resulting economic and political ties subsequently advanced the agenda of reform and opening. China’s first post-Mao decade was therefore one of rebuilding and renewal under a preeminent leader able to overcome opposition to a new course. The impact of this legacy becomes especially clear when contrasted with the Soviet Union in the 1980s, where political circumstances were starkly different, and where Gorbachev’s attempts to implement similar changes in the face of entrenched bureaucratic interests led to the collapse and dismemberment of the Soviet state.