Two Years After the Umbrella Movement: The Evolving Crisis in Hong Kong 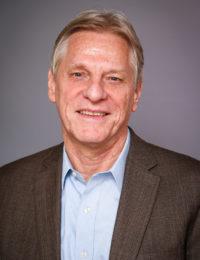 After an "umbrella movement" and a constitutional crisis that has stolen global headlines over much of the past couple years where does Hong Kong stand today? Many question are raised about the success or failure of the Hong Kong pro-democracy protests. Have the protesters failed? What will they do next? The answer to these questions depends on the answer to more important questions. What will Beijing do next? What will the Hong Kong government do? What should these governments do? This presentation will survey the history of this democratic reform struggle, beginning with the promises made and ending with the interpretations of these promises and other promises contained in Hong Kong's Basic Law. The speaker argues that governments at both levels have failed to meet their commitments. The excessive liberty Beijing has taken with the Basic Law has put Hong Kong's cherished rule of law at risk. The Hong Kong's government's failure to defend Hong Kong's autonomy has failed both Beijing and Hong Kong society. Both governments would be wise to reevaluate their approach. Policies taken will surely shape protest strategies going forward.

Professor Michael C. Davis is a 2016-17 Reagan-Fascell Democracy Fellow at the National Endowment for Democracy where he is working on project on popular protests and constitutionalism in Asia. A professor in the Law Faculty at the University of Hong Kong until 2016, he remains a senior fellow in the university’s Centre for Comparative and Public Law. Professor Davis has held a number of distinguished visiting chairs at such leading universities as, eg., India’s Jindal Global University (2015), Northwestern University (2005-06), and Notre Dame (2004-05), as well as the Schell Senior Fellowship in Human Rights at Yale Law School (1994-5). His books include Constitutional Confrontation in Hong Kong (1990), Human Rights and Chinese Values (1995), and International Intervention in the Post-Cold War World (2004). His articles have appeared in leading scholarly journals in law and politics. His work in Asia has combined academics with public engagement and media commentary, with his 2014 commentary series on Hong Kong’s “umbrella movement” winning him the 2014 Human Rights Press Award for media commentary awarded by Amnesty International and the Hong Kong Foreign Correspondents Club.