Xi's China, Trump's America: How Much Risk for Asia? 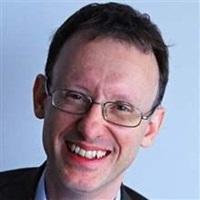 In the past month the world's two biggest economies have undergone major political changes. The United States chose as its next president Donald Trump, who during his campaign pledged to wage a trade war against China and cut back the US military presence in East Asia. A few weeks earlier, China's Communist Party anointed general secretary Xi Jinping a "core leader," and speculation rose that a more powerful Xi will now try to extend his rule beyond 2022, when his second term as president ends.

These transitions have created great uncertainty, because the policy direction under both leaders is far from clear. Trump's populist program of protectionism, massive government spending on infrastructure, and a reduced American military presence in the world is at odds with the views of the establishment Republicans and career bureaucrats whom he must rely on to staff his administration. Xi, meanwhile, started his term by outlining a bold program of market-oriented economic policies, but has spent most of the past three years strengthening the role of the state and deferring structural reforms. China's ability to maintain fast economic growth and avoid a financial crisis or Japan-style stagnation will depend on whether Xi restarts economic reforms after the 19th Party Congress in late 2017. As both countries struggle to balance tricky domestic agendas with their strategic ambitions, will  US-China relations in the next four years  be dominated by acrimonious competition, or by pragmatic efforts to create a new set of economic and political accommodations in the Asia-Pacific region?

To help make sense of this confusing environment, Arthur R. Kroeber will assess China's chances of keeping its economy on track, its efforts to create a regional sphere of economic and political influence, and the likely shape of US-China relations in the coming years.

Arthur R. Kroeber is founder of the Beijing-based research firm Gavekal Dragonomics, editor of the China Economic Quarterly, and author of China's Economy: What Everyone Needs to Know (Oxford, 2016).