China’s Green Development and the Rule of Law 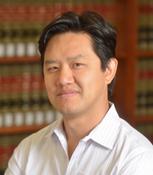 For many years, environmental protection seemed a mere afterthought in China. As its economy exploded, China’s skies darkened and the rivers ran black. By just about any measure, China had become quite simply the most polluted (and polluting) place on earth. Though China created an expansive environmental regulatory regime, its weaknesses have been well documented. And the yawning distance between “law on the books” and “law in practice” was as much a matter of priorities as it was about capacity or design.

But these days environmental protection is an afterthought no longer. Although China remains the global leader in most key measures of environmental stress, environmental regulation broadly construed has taken on an increasingly important position among Chinese policy priorities. The resultant pace and scope of institutional reform, policy-making, and legislative activity has been remarkable.

But what are the prospects for environmental improvements on the ground? And what do China’s environmental protection reforms tell us about the current leadership's approach to governance, rule of law, and state legitimacy in general? This talk will introduce the key elements of China’s emerging environmental regulatory reforms and discuss the various implications of these reforms for China and the world.