Social Welfare under Authoritarianism: The Politics and Policy of Social Health Insurance in China 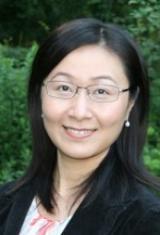 Contrary to the received wisdom that the welfare state is a feature associated with democracies, social welfare in China has undergone a dramatic expansion over the past decade without democratization or significant political reform. This book project examines the political incentives, institutional design, distributive patterns and outcomes of social welfare expansion in authoritarian regimes through a detailed study of the Chinese social health insurance system between the years of 1998 and 2010. I argue that authoritarian rulers will expand welfare benefits to the masses when a privileged welfare provision for elites is maintained, striking a strategic balance between the interests of elites and the masses to prevent threats to the regime. I call this the “stratified expansion” strategy. This project draws on a combination of individual-level survey data and government statistics, and employs in-depth quantitative analysis and extensive fieldwork to explain how social welfare expansion is designed and implemented in an authoritarian multilevel state like China. In addition to the concept “stratified expansion”, the project develops and promotes a multidimensional conceptualization of welfare distribution which better reveals the trade-offs that authoritarian rulers face across three particular dimensions of welfare provision: generosity, coverage, and stratification. This study expands the current discussion of resilient authoritarianism beyond the existing focus on formal institutions such as legislature, election and political parties. I show that social welfare policy is another important tool that authoritarian leaders utilize to stabilize the regime.