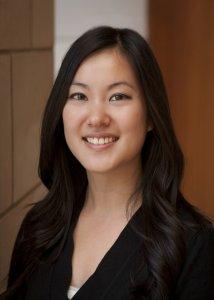 When China’s environmental policy is discussed, scholars frequently point to an “implementation gap” between national environmental policy creation and execution at the local level. In particular, scholars of Western traditions highlight the lack of rule of law in China as a primary driver of this gap. In today’s talk, I will show how the rule of numbers, rather than the rule of law, is now the critical paradigm for addressing this disconnect. Accessible, high-quality, and transparent data represent China’s environment’s potential salvation while the nation’s perennial data deficiencies are its Achilles Heel. Furnishing scientists and policy experts with reliable information is essential for China to achieve its environmental goals – a seemingly obvious idea, largely unfulfilled. My research sheds light on pervasive information gaps that muddle and restrict our understanding of environmental conditions and challenges. Despite living in the “Information Age” – witness to a proliferation of information technologies – many gaps in data to gauge environmental policy performance still exist. China’s extraordinarily rapid economic growth and urbanization, the country’s unique geopolitical power, as well as its sheer size mean that data’s rise in prominence holds vast and vastly important implications for developing new modes of environmental governance. China’s technocratic government has an affinity for data-driven, quantitative approaches, yet there are many roadblocks that hinder implementation. These challenges have global repercussions, consequences made clear by China’s climate change policy. Through the lens of indicators and composite indices, which have proliferated in the past two decades, I will demonstrate the challenges with implementing such policy tools in the context of China and what’s at stake. Angel Hsu, PhD, is joint faculty at Yale-NUS College and the Yale School of Forestry & Environmental Studies. She is Director of the Environmental Performance Measurement program at the Yale Center for Environmental Law and Policy, where she is the Principal Investigator of the Environmental Performance Index (EPI) - a global ranking of national environmental performance that is jointly produced with Columbia University and launched at the World Economic Forum annual meeting in Davos. Her research explores the intersection of science and policy and the use of data-driven approaches to understand environmental sustainability, particularly in the areas of climate change and energy, water, and air quality. Her research has been published in Nature, Nature Climate Change, and Atmospheric Environment. Previously, Angel was a Research Analyst at the World Resources Institute (WRI), a non-profit environmental thinktank in Washington, D.C., where she developed corporate greenhouse gas accounting and reporting initiatives in developing countries, including Mexico, Brazil, India, the Philippines, and China, where she managed and led WRI’s efforts.  She has written in and been cited by major media outlets, including The Economist, The Atlantic, and The Guardian and has provided expert testimony for the U.S.-China Economic and Security Review Commission. She holds a PhD in Forestry and Environmental Studies from Yale University, an M Phil in Environmental Policy from the University of Cambridge, and a BS in Biology and BA in Political Science from Wake Forest University in Winston-Salem, NC.