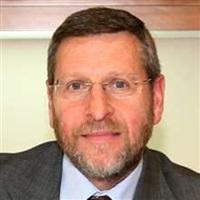 China’s economic growth is slowing down and this is creating jitters throughout world markets.  President Xi Jinping on his recent visit said this was a normal development now that China has reached middle income and is rebalancing from an investment-led economy to one based more on innovation on the supply side and consumption on the demand side.  He expects China to grow at 7 percent for the rest of this decade.  But many analysts and investors around the world fear that the slowdown in China will be much sharper.  David Dollar will discuss the recent developments in the Chinese economy, the progress with economic reforms that could ease the transition, and different scenarios going forward.

David Dollar is a Senior Fellow in the John L. Thornton China Center at the Brookings Institution.  Prior to joining Brookings, Dollar was the U.S. Treasury’s Economic and Financial Emissary to China, based in the U.S. embassy in Beijing (2009-2013).  In that capacity he facilitated the macroeconomic and financial policy dialogue between U.S. and Chinese policy-makers.  Prior to joining Treasury Dollar worked 20 years for the World Bank.  Most recently he served as Country Director for China and Mongolia, based in Beijing (2004-2009).  His other World Bank operational assignments primarily focused on Asian economies, including South Korea, Vietnam, Cambodia, Thailand, Bangladesh, and India.  From 1995 to 2004 Dollar worked in the World Bank’s research department.  His published research focuses on economic reform in China, globalization, and economic growth.  Prior to joining the World Bank he taught economics at UCLA, during which time he spent a semester in Beijing teaching at the Graduate School of the Chinese Academy of Social Sciences (1986).  He has a PhD in economics from New York University and a B.A. in Chinese history and language from Dartmouth College.

Listen to full audio MP3 of the lecture