Ruling Before the Law: The Politics of Legal Regimes in China and Indonesia 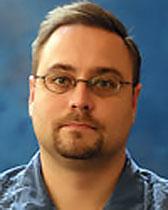 "Ruling Before the Law" begins by arguing that in order to understand the politics of legal institutions in authoritarian, socialist, and post-colonial contexts, we must abandon teleological frameworks such as the "rule of law" and focus instead on what I term legal regimes. These can be classified by the degree to which non-judicial political actors intervene in individual cases and by the degree to which the overall political system - or polity - is closed and hierarchical or more open and in flux. This yields four basic legal regimes: "classical rule of law" with an open polity and little political intervention into legal cases; "rule by law" with little intervention but a closed hierarchical polity; "mobilizational" legal regimes with high levels of intervention and unstable polities in flux; and "neo-traditional" legal regimes with a great degree of intervention from a closed and hierarchical polity. By mapping these across two comparable, but otherwise "most-different", political systems over the last 65 years, we come to a more nuanced and grounded understanding of important dynamics of state-society relations, institutional development, and social change - in addition to legal politics - in diverse contexts the world over. The project is based on more than eight years of intensive research, including more than 12 months on the ground in each country, across both urban and rural areas of East Java, North Sulawesi, Sichuan, Jiangxi, and Guangdong, in addition to Jakarta and Beijing.

William Hurst is associate professor of political science at Northwestern University, where he works on the politics of law and legal institutions, labor politics, contentious politics, and political economy, principally in China and Indonesia.  In addition to more than two dozen articles and book chapters, he is the author of The Chinese Worker after Socialism (Cambridge 2009) and co-editor of Laid-off Workers in a Workers' State: Unemployment with Chinese Characteristics (Palgrave 2009) and Local Governance Innovation in China: Experimentation, Diffusion, and Defiance (Routledge 2015).  Before coming to Northwestern in 2013, he was a postdoctoral fellow at Oxford and an assistant professor at the Universities of Texas and Toronto.