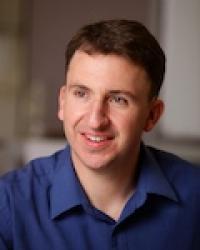 James Reilly is a Senior Lecturer in Northeast Asian Politics in the Department of Government and International Relations at the University of Sydney. His research and teaching are in the areas of Chinese foreign policy, East Asian politics, and international relations. In the Department, he teaches undergraduate and post-graduate units on East Asian Politics and Chinese politics.

He is the author of Strong Society, Smart State: The Rise of Public Opinion in China’s Japan Policy (Columbia University Press, 2012), and the co-editor of Australia and China at 40 (UNSW Press, 2012).

His articles have appeared in a number of academic journals, including: Asian Survey, China: An International Journal, Chinese Journal of International Politics, Japanese Journal of Political Science, Journal of Contemporary China, Modern Asian Studies, Survival, and Washington Quarterly. He has also published several book chapters in edited volumes. He holds a Ph.D. in Political Science (George Washington University 2008) and an M.A. in East Asia Area Studies (University of Washington 1999), and was a post-doctoral research fellow at the University of Oxford (2008-09). He also served as the East Asia Representative of the American Friends Service Committee (AFSC) in China from 2001-2008.