Why is My Milk Blue? China’s Food Safety Crisis and Scale Politics 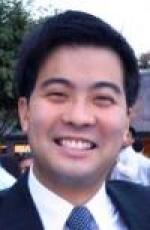 Why is China’s food safety system failing? Rather than explanations based on the country’s level of economic development, corruption, and state capacity, I argue that China’s food safety failures result from its inability to resolve disruptive “scale politics” as its governance system expanded to address new, widespread food safety risks. I reconceptualize “scale” as a function of size and heterogeneity across multiple levels and multiple dimensions (spatial, jurisdictional, temporal, managerial, knowledge-related, and network-related.) As the government attempted to scale-up its food safety system through the use of coordination bodies and model production bases, it failed to align the interests of stakeholders across these dimensions, which led to regulatory failure. More broadly, I suggest China’s adaptive, informal mode of governance serves as a weak template for regulatory expansion. Policies formed at one scale negatively impact governing systems at other scales; and, local regulatory systems resist and are sometimes blocked from integrating with an evolving national food safety regime.