Four Worlds of Welfare in China: The Politics and Policy of Chinese Social Health Insurance 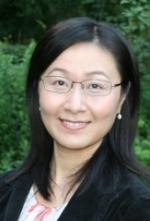 Contrary to the dominant view in the literature, which suggests that welfare state is a feature of democracies, social welfare has undergone a dramatic expansion over the past decade without significant political reform or democratization in China. I investigate the distribution of social welfare in China in order to understand the political rationale underlying its expansion. I argue and demonstrate empirically that the Chinese social health insurance system is characterized by a nationwide stratification pattern and distinct yet systematic regional differences in terms of population coverage and generosity of benefits. In this talk, I will focus on the regional variation of social health insurance in China, explaining its political economy mechanisms and uncovering the underlying interaction between central and local states.

Open to the public, lunch provided.