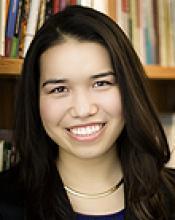 Conventional wisdom holds that leadership transitions are periods of heightened uncertainty as foreign actors seek to probe the resolve of new and untested leaders. However, a careful examination of leadership transitions in the Asia-Pacific reveals a striking pattern of stability. What explains the absence of diplomatic and military conflict following the election or installation of new leaders? We argue that campaign rhetoric, whether hawkish or dovish, is a more credible signal of policy in the aftermath of leadership turnover than typically acknowledged. Examining China's relations with fourteen new administrations in the United States, Japan and Taiwan, we find that China uses campaign rhetoric to calibrate its policies toward new leaders. Rather than probing new leaders, China's engagement and restraint helps account for the remarkable absence of conflict in the aftermath of democratic turnover, even though crises with China have taken place during the majority of these leaders' time in office.

Jessica Chen Weiss is Assistant Professor of Political Science at Yale University and Research Fellow at the MacMillan Center for International and Area Studies.  She is the author of Powerful Patriots: Nationalist Protest in China’s Foreign Relations (Oxford University Press, 2014).  The dissertation on which it is based won the 2009 American Political Science Association Helen Dwight Reid Award for best dissertation in international relations, law and politics. Her work has appeared or is forthcoming in International Organization, China Quarterly, and the Journal of Conflict Resolution. Her research has been supported by the National Science Foundation, Uppsala University, Princeton-Harvard China & The World Program, Bradley Foundation, Fulbright-Hays program, and University of California Institute on Global Conflict and Cooperation. Born and raised in Seattle, Washington, she received her Ph.D. from the University of California, San Diego in 2008. Before joining the Yale faculty, she founded FACES, the Forum for American/Chinese Exchange at Stanford, while an undergraduate at Stanford (B.A., 2003).