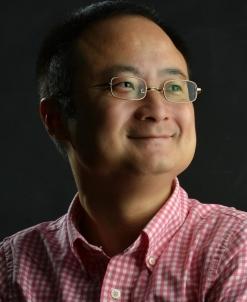 LU Jun has been active in China’s public interest sector since 2003, focusing primarily on anti-discrimination and other civil rights issues in the fields of public health, mental health, and food and drug safety. He co-founded Yirenping in 2006 and has since organized legal aid for hundreds of high-impact lawsuits defending disadvantaged people’s rights. Cases have included China’s first-ever lawsuits alleging hiring/employment discrimination on the basis HIV/AIDS status, gender, physical appearance, genetic screening and hukou (city/town of household registration), as well as the first lawsuit against disability discrimination in public servant recruitment. Since the 2005 annual conference of the National People’s Congress (NPC) and Chinese People's Political Consultative Conference (CPPCC), he has successfully lobbied dozens of NPC deputies and CPPCC members (including Communist party members and non-members) to raise proposals and suggestions about civil rights issues. In the wake of China’s contaminated baby formula scandal in 2008, Lu Jun helped more than one hundred lawyers organize a volunteer group to provide legal counsel and legal aid to affected infants and families. From December 2009 to January 2010, he was a visiting member of the faculty of law at the University of Hong Kong. He was invited to the China Center at Yale Law School as a visiting scholar for the 2014 spring semester.

ZHOU Dan is a practising lawyer based in Shanghai,China. As one of the few Chinese LGBT people who have ever come out to the local, national and international media, he is a pioneering advocate for full and equal recognition of LGBT people’s rights in China. He has been working towards these goals through consulting services, public education, and public policy and legal advocacy in China over the past decade. In addition, he published, in 2009, Pleasure and Discipline: Jurisprudential Imagination of Same-sex Desire in the Chinese Modernity, the ground-breaking monograph in the Chinese language on the dynamics of same-sex desire, law and modernity in China. Meanwhile, he speaks on LGBT rights issues at workshops, seminars and symposia in China, the United States, Germany, and other countries. Mr.  Zhou was profiled in the June 27, 2005 issue of TIME Magazine, in the September 7, 2005 issue of Southern People Weekly (Nan Fang Ren Wu Zhou Kan), in the September 30 issue of China Daily, and in the October 20, 2013 issue of South China Morning Post. In 2006, Equality Forum named Mr. Zhou the recipient of the "11th Annual International Role Model Award." Equality Forum is a Philadelphia-based nonprofit organization whose mission is to advance national and international lesbian, gay, bisexual and transgender civil rights through education. He is a visiting scholar with the China Law Center of Yale Law School in 2004 and with the U.S.-Asia Law Institute of NYU School of Law in 2014.