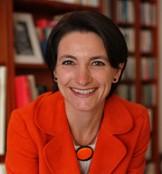 This talk presents some results of a study which assesses recent decades of legal reform in China. Constructing and analyzing a dataset of all laws and administrative regulations promulgated between 1978 and 2014, it offers a comprehensive view of the various phases of China’s legal reforms divided by areas of law. It shows the continuing existence of vast normative disorder. Equally important for the understanding the current situation, this research shows that the new actors, who have been involved in the law-making process since the early 2000s, mainly target areas of laws and regulations related to public safety, public security and freedom of expression. This situation may explain the recent substitution of the official discourse on rule of law (yifa zhiguo) with that of law and order.

Stéphanie Balme is a member of the faculty at Sciences Po (Paris) as PSIA Professor and CERI Research Fellow, and a Visiting Professor in the Columbia University Law School Alliance Program this fall. At Sciences Po, she runs the "Justice, Law and Society in China" research program. She is also a regular consultant for international organizations on projects related to rule of law, public policy or human rights in China. Balme is a former full-time Visiting Professor at Tsinghua University School of Law in Beijing (2006-2012) and a Research Associate at Chinese University of Hong Kong (2003-2006). Her areas of teaching and research are: comparative constitutional law and constitutionalism, law and society, human rights, judicial studies and Chinese politics. Her latest publications include: “China’s Bureaucratic Rules of Laws” (in French, RFAP Oct. 2014) and an Ebook entitled, ”Judicial Practices in Original Version: Comparing France, China and the U.S.” (in French), LexisNexis, Oct. 2014 (with A. Garapon, Li Bin and D. Schimmel).

(Open to all, lunch provided)