The Rights Defense Movement and Political Transition in China 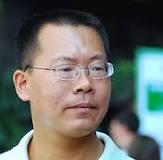 Dr. Teng Biao (滕彪)  is a Lecturer at China University of Political Science and Law, Beijing, where he specializes in human rights, the judicial system, the constitution and social movements. Previously, he was a visiting scholar at the Chinese University of Hong Kong and Yale Law School. In 2003, he was one of the ‘Three Doctors of Law’ who complained to the National People’s Congress about unconstitutional detentions of internal migrants in the widely known ‘Sun Zhigang Case.’ Since then, Teng has provided counsel in numerous other human rights cases, including those of blind activist Chen Guangcheng, rights defender Hu Jia, the religious freedom case of Cai Zhuohua and Wang Bo, and numerous death penalty cases. He co-founded “Open Constitution Initiative” (Gongmeng) and is also the founder and President of China Against the Death Penalty, Beijing, the first and only abolitionist NGO in China. At Harvard, his research will focus on the Rights Defense Movement in China.