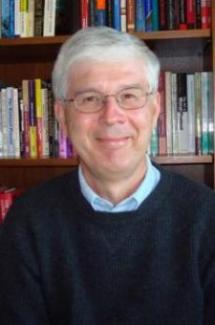 In spring 2005, villagers in Dongyang County, Zhejiang were unhappy.  For four years, they had been complaining about pollution emitted by 13 factories located in the Zhuxi Chemical Park.  But nothing had been done.  So they set up a tent encampment to block delivery of supplies to the factories.  At first, they employed restrained tactics, including going about daily life in the tents, badgering cadres sent to demobilize them, and kowtowing. After a harsh repression produced hundreds of injuries and left dozens of damaged vehicles and other evidence of police action strewn about, the tent-sitters switched to more radical tactics, including denouncing local leaders, carrying out mock funerals, interrogating factory owners, and ransacking homes of “traitors.”  The authorities’ ill-considered and poorly-timed repression led to tactical escalation, helped draw thousands of people to the scene, and ultimately resulted in the chemical park being closed.  This episode speaks to the “dissent-repression nexus” and suggests that repression can be counterproductive when it encourages protesters to ratchet up their tactics and a “protest spectacle” ensues.  In today’s China, striking displays and theatrical performances, especially in the wake of a crackdown, can attract an audience, bring in financial support and even create a carnival-like atmosphere in which popular acclaim, the breakdown of social order and the inversion of power hierarchies grants protesters leverage and induces the authorities to make concessions.

Kevin O’Brien is the Alann P. Bedford Professor of Asian Studies and Professor of Political Science. He is also the Director of Berkeley's Institute of East Asian Studies and the Walter and Elise Haas Professor of Asian Studies. A student of Chinese politics in the reform era, he has published more than 40 articles on topics such as legislative politics, local elections, fieldwork strategies, popular protest, policy implementation, protest policing, and village-level political reform. He is the author of Reform Without Liberalization: China's National People's Congress and the Politics of Institutional Change (Cambridge, 1990) and the co-author of Rightful Resistance in Rural China (Cambridge, 2006). He is the co-editor of Engaging the Law in China: State, Society and Possibilities for Justice (Stanford, 2005) and Grassroots Elections in China (Routledge, 2011), and the editor of Popular Protest in China (Harvard, 2008). His most recent work centers on the Chinese state and theories of popular contention, particularly as concerns "soft repression" and the policing of protest. He has won various grants and awards and serves on the editorial or advisory board of nine journals.