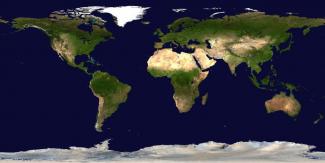 Everyone has heard the 21st century referred to as the “Chinese century.” Yet the Chinese are also calling the 21st century the “ocean century.” Last year, China announced plans to consolidate four of its five maritime law-enforcement commands, as well as the formation of a high-level coordinating body called the National Ocean Committee which brings together leadership from multiple ministries to research and formulate China’s ocean-development strategy. But China’s goal of becoming a global sea power has been decades long in the making. At this talk, Tabitha Mallory will discuss the evolution of China’s ocean strategy and its implications for the United States.

Dr. Mallory is currently a postdoctoral researcher at Princeton University where she is working on a book manuscript on China and global fisheries governance. She holds a Ph.D. in international relations from Johns Hopkins University School of Advanced International Studies(SAIS). She previously worked for the National Bureau of Asian Research.