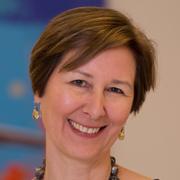 What role does China play in the recent rush for land acquisition in Africa? Conventional wisdom suggests a large role for the Chinese government and its firms and a focus on China's own food security. This talk traces the evolution of strategy and incentives for Chinese agricultural engagement in Africa, and examines more closely several of the more well-known cases, sorting out the myths and the realities.

Dr. Deborah Bräutigam has been writing about China, Africa, state-building, governance and foreign aid for more than 20 years. Her most recent book is The Dragon’s Gift: The Real Story of China in Africa (Oxford University Press, 2010). Currently Professor of International Development and Comparative Politics and Director of the International Development Program at Johns Hopkins University’s School of Advanced International Studies (SAIS), she has also held faculty appointments at American University, Columbia University, the University of Bergen, Norway, and been a fellow with the Centre for Chinese Studies, Stellenbosch University, South Africa; and the International Food Policy Research Institute (IFPRI) in Washington, DC.  Dr. Bräutigam has twice won the Fulbright research award. She is also a recipient of fellowships from the Council on Foreign Relations and the Woodrow Wilson International Center for Scholars. Her research has been funded by the German Marshall Fund of the United States, the Smith Richardson Foundation, the Bill and Melinda Gates Foundation, the North South Center at the University of Miami, and the UK Centre for Economic Policy and Research (CEPR). She has served as a consultant for Transparency International, the United Nations, the World Bank, DFID, GIZ, DANIDA, the African Development Bank, and USAID, and has provided commentary to the Financial Times, the New York Times, the Guardian, CNN, NPR, Al-Jazeera, VOA, CCTV, and MSNBC. She received her Ph.D. from the Fletcher School of Law and Diplomacy, Tufts University.