Qadi Justice in Chinese Courts: The Bureaucratization of Islamic Procedural Justice in the People’s Republic of China 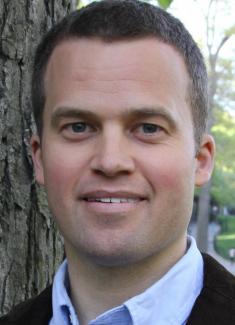 Fueled by charges of orientalism, current trends in sociolegal studies have denigrated Weber’s insights on Islamic and Chinese law. While factually Weber mis-characterized these legal systems, concepts he developed in his sociology of law – namely, bureaucracy, charisma, and legitimacy – continue to shed light on problems attendant to the study of Islamic and Chinese law that are both enduring and, indeed, pressing. A reconsideration of Weber’s sociology of law is particularly apropos when the referent for analysis is not Western law, but rather, the relationship between Islamic and Chinese legal orders. Ethnographic data collected from 2009 to 2012 in northwestern China on the Party-State’s bureaucratization of Chinese Muslim clergy or ahongs demonstrates the different modes by which socialist law marginalizes Islamic law and also depends on it as supplement to govern ethnic minority regions.

Matthew S. Erie is a Postdoctoral Research Associate at the Princeton Institute for International and Regional Studies and Visiting Scholar at the Kevorkian Center for Near Eastern Studies at New York University. Prior to his appointments, he practiced law in Beijing and New York City. His research examines the historical and contemporary relationship between Islam and China, with specific foci on law, property, ritual, and ethnicity. His book, tentatively entitled, The Prophet and the Party: Islam, Shari'a, and China, is under contract with Cambridge University Press. He holds a Ph.D. in anthropology from Cornell University, a J.D. from the University of Pennsylvania Law School, and a LL.M. from Tsinghua University School of Law.